Tensions spiked in the South China Sea and near Taiwan over this past weekend and have continued boiling since, after Chinese PLA aircraft made repeat in incursions into Taiwan’s claimed airspace. In response Taiwan’s Air Force scrambled jets in its own ‘show of strength’ deterrence message, and with the US aircraft carrier USS Roosevelt in the region, China’s Defense Ministry subsequently warned Taipei on Thursday that “independence means war”.

A new report in FT that broke overnight now reveals that the Sunday incident was even more alarming for the prospect of direct conflict than previously thought . FT cites unnamed intelligence sources to report that “Chinese military aircraft simulated missile attacks on a nearby US aircraft carrier during an incursion into Taiwan’s air defense zone three days after Joe Biden’s inauguration, according to intelligence from the US and its allies.” 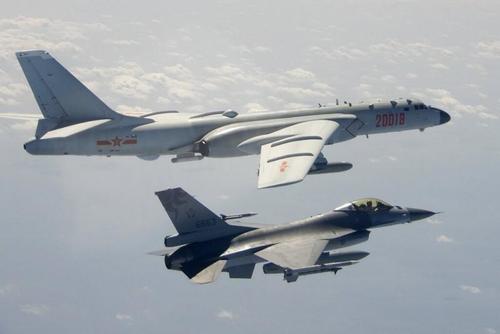 People familiar with intelligence collected by the US and its allies said the bombers and some of the fighter aircraft involved were conducting an exercise that used a group of US Navy vessels led by the carrier USS Theodore Roosevelt in the same area as a simulated target .

Pilots of H-6 bombers could be heard in cockpit conversations confirming orders for the simulated targeting and release of anti-ship missiles against the carrier , the people said.

As the US carrier group observed the inbound Chinese bombers from below, there’s little doubt that “fingers were on the trigger” in preparation to respond if all hell broke loose.

"All three aircraft are clearly a display of threat against surface ships," he added. 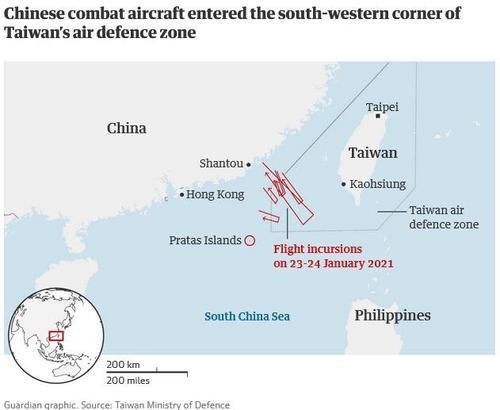 There’s also little doubt that President Biden has been briefed, and the incident will prove an immense hurdle when it comes to the administration’s expressed hopes of improving relations with China following Trump’s long-running pressure campaign against Beijing.

This is quite possibly the biggest single act of escalation to date, despite multiple “close calls” and encounters over the past two years in the South China Sea. Pilots of H-6 bombers could be heard in cockpit conversations confirming orders for the simulated targeting and release of anti-ship missiles against the carrier, intel sources told FT.