Bitcoin cashpoints forced to shut down after being declared illegal

All Bitcoin cashpoints in Britain have been ordered to shut down after the City watchdog declared them illegal.

The Financial Conduct Authority (FCA) has written to providers of cryptocurrency ATMs telling them to cease operations or face enforcement action.

Britain has 81 functioning Bitcoin ATMs, according to Coin ATM Radar, which tracks the machines around the world. Most operate in convenience stores and supermarkets which the FCA has also written to.

They are run by at least eight operators, none of whom are licensed by the FCA and all of whom have been told to turn off the machines and remove them from stores.

Bitcoin ATMs let users deposit cash in exchange for the cryptocurrency, which they can then transfer to other online wallets. 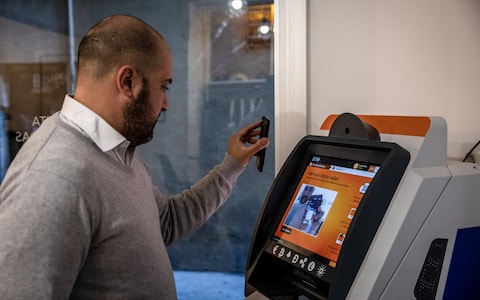 Customer scanning the QR code of his digital wallet on a cryptocurrency ATM in Barcelona, Spain CREDIT: Angel Garcia/Bloomberg

The FCA has raised concerns that the machines have minimal background checks, especially for deposits of smaller sums.

The Telegraph revealed earlier this week that the regulator had warned about the possibility of money laundering during a legal appeal by one Bitcoin ATM operator.

The FCA said: “We have warned operators of crypto ATMs in the UK to shut their machines down or face enforcement action.

“We are concerned about crypto ATM machines operating in the UK and will therefore be contacting the operators instructing that the machines be shut down or face further action.”

The regulator can ban owners of companies operating illegally from carrying out other financial business, issue fines or pursue criminal prosecutions.

The FCA has held a strict line on cryptocurrencies, requiring British firms that let people buy or sell Bitcoin and other digital assets to pass checks to be part of a register of firms.

Just 33 firms sit on the cryptoasset register and 22 on a temporary list, which allows them to trade until the end of this month. In comparison, the FCA says 110 firms that it had named as continuing to operate without being registered have since shut down.

The regulator said: “We regularly warn consumers that cryptoassets are unregulated and high-risk which means people are very unlikely to have any protection if things go wrong, so people should be prepared to lose all their money if they choose to invest in them."

One Bitcoin ATM operator, Gidiplus, recently lost a judicial review attempting to overturn the FCA’s decision to refuse it a licence.

The regulator had told the company that its weaker identity checks on users depositing less than £250 meant there was a risk of “smurfing”, in which large numbers of “mules” deposit small amounts to evade detection.

Olumide Osunkoya, Gidiplus’s owner, said his machines were no longer operational. He said he had sold them to a buyer in eastern Europe, where checks are less strict, and that other operators in the UK are doing the same.

Another owner, Gadcet, said it was no longer trading. 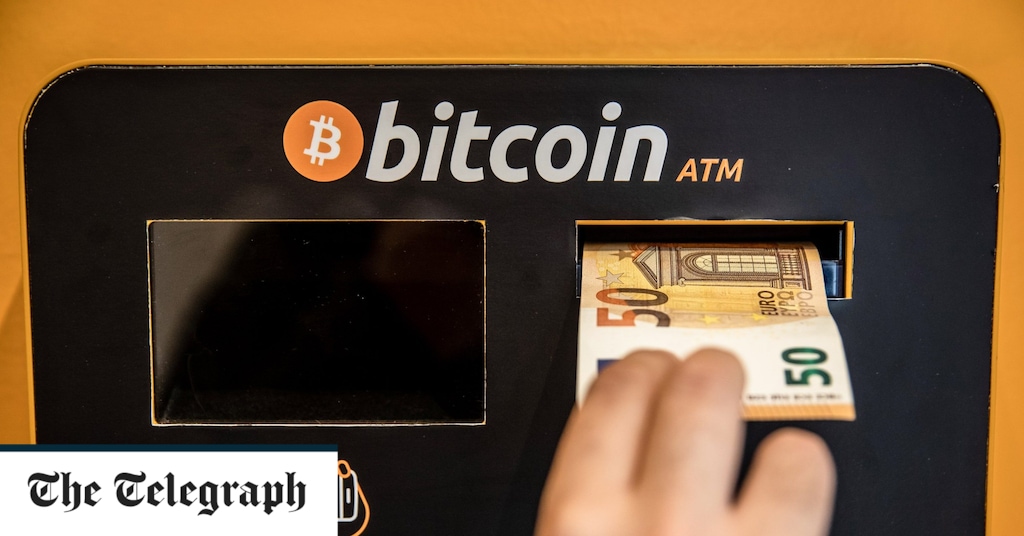 Bitcoin cashpoints forced to shut down after being declared illegal

fun fact about Jim… his dad:
George Stephen Morrison (January 7, 1919 – November 17, 2008) was a United States Navy rear admiral (upper half) and naval aviator. Morrison was commander of United States naval forces during the Gulf of Tonkin Incident of August 1964, which sparked an escalation of American involvement in the Vietnam War.