Jokingly ‘Running’ After Dog ‘To Grab His Tail’ 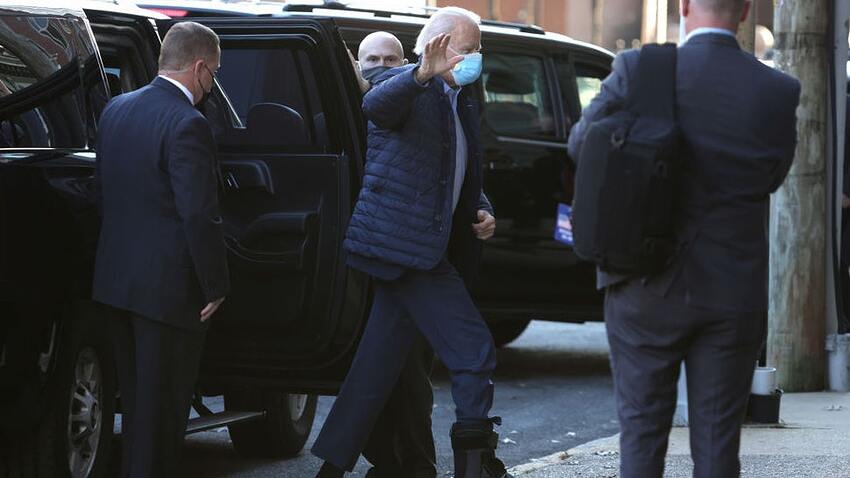 Democratic presidential candidate Joe Biden, 78, said that he injured himself while playing with his dog after getting out of the shower, providing more context as to how he managed to break his foot last week.

Biden, who has been wearing a boot while his foot recovers, said during an interview with CNN host Jake Tapper that he had just gotten out of the shower when his dog approached and dropped a ball in front of him.

“The little pup dropped a ball in front of me, for me to grab the ball, and I’m walking in this little alley-way to get to the bedroom, and I grabbed the ball like this,” said Biden, who gestured that he was leaning over to pick up the toy.

“He ran, and I was joking running after him to grab his tail, and what happened was he slid on a throw rug, and I tripped on the rug he slid on,” he said.

Biden chuckled off the incident in the interview, calling it a “not very exciting story.”

Back in late November, Biden’s office said that the former vice president had “twisted his ankle” while playing with his dog Major, and that initial x-rays showed there was “no obvious fracture.” His office released another statement after receiving more imaging tests, noting that the injury was more serious than a sprained ankle.

“Follow-up CT scan confirmed hairline (small) fractures of President-elect Biden‘s lateral and intermediate cuneiform bones, which are in the mid-foot,” Dr. Kevin O’Connor, Biden’s physician, said in a follow-up statement later in the day. “It is anticipated that he will likely require a walking boot for several weeks.”

During the wide-ranging CNN interview, which included Sen. Kamala Harris (D-CA), the former vice president said that he plans to ask the American people to wear masks for the first 100 days of a Biden administration.

“Just 100 days to mask, not forever. One hundred days. And I think we’ll see a significant reduction,” said Biden.

Biden also disclosed that he’s asked Dr. Anthony Fauci, the director of the National Institute for Allergies and Infectious Diseases, to serve as his chief medical advisor and “be part of the COVID team.” The former vice president also said he plans to receive the coronavirus vaccine publicly, which all four living former presidents have also suggested they would be willing to do. 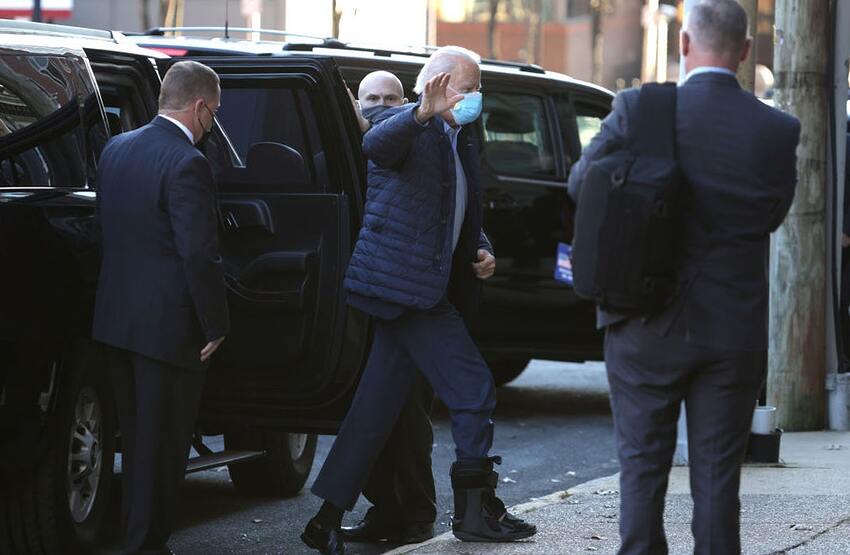 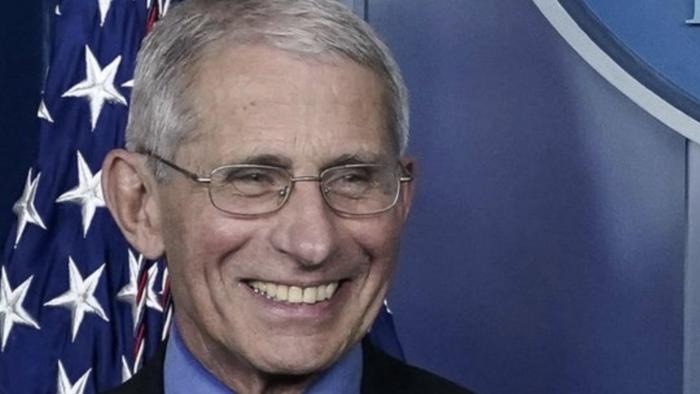 "I love the Brits, they're great, they're good scientists, but they just took the data from the Pfizer company and instead of scrutinizing it really, really carefully, they said, 'OK, let's approve it..."

I thought it was just a story to cover up his ankle bracelet. We all know he’s under house arrest.

I think Fauci is just cheesed you guys skipped the line.

Ran out the shower to grab his dog’s tail and slipped.
wtf is he doing to the poor dog? i am afraid what hes going to do to the cat.