…and even court martialing for troops who disobey orders to get COVID vaccines. 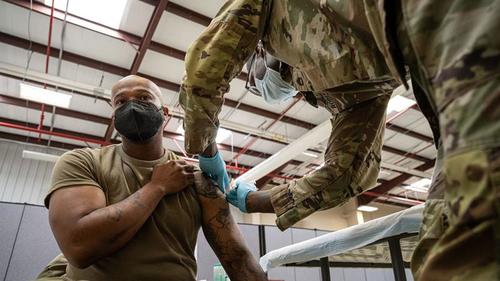 GOP Representative Mark Green of Tennessee proposed an amendment this week to the National Defense Authorization Act (NDAA) that would prohibit “any discharge but honorable” for troops who refuse vaccines.

The White House responded with a statement noting “The Administration strongly opposes section 716,” reasoning that it would “detract from readiness and limit a commander’s options for enforcing good order and discipline when a Service member fails to obey a lawful order to receive a vaccination.”

The statement added “To enable a uniformed force to fight with discipline, commanders must have the ability to give orders and take appropriate disciplinary measures.”

Responding to the statement, Rep. Green said “I am appalled that the Biden Administration is trying to remove my amendment to the National Defense Authorization Act that prevents anything but an honorable discharge for service members who refuse to get the COVID-19 vaccine.”

Green added “This was a bipartisan amendment — every Democrat on the House Armed Services Committee agreed to it.”

“No American who raises their hand to serve our Nation should be punished for making a highly personal medical decision,” Green previously urged.

Another section of the bill, 720, proposes that troops who have previously had COVID-19 should be exempted from a vaccine mandate. The Biden administration also opposes it, claiming it creates “a new and overly broad exemption from the vaccination requirement for previous infection that would undermine the effectiveness of the requirement.”

The House is expected to vote on the NDAA early Thursday morning.

As we have previously noted, there has been significant resistance to vaccine mandates among military service members.

Tucker Carlson revealed Monday that a bizarre presentation was given to troops sardonically ridiculing vaccine mandates with links to satanism, as the military pushes mandates, even for elite navy SEALS who have had the virus and have natural immunity. 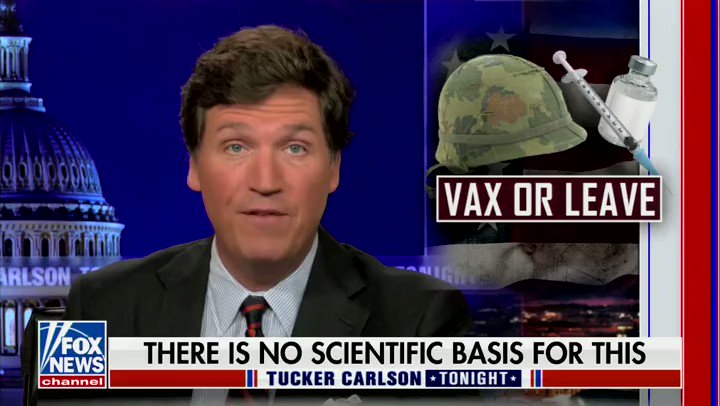 @DailyCaller
Tucker Carlson reveals a powerpoint from the U.S. Army justifying vaccine mandates with a slide that says "How many children were sacrificed to Satan for the vaccine?" along with listing the 7 tenets of Satanism https://t.co/a6SmmNwLvS

“I have applied all these things to myself and Apollos for your benefit, brothers, that you may learn by us not to go beyond what is written, that none of you may be puffed up in favor of one against another.” 1 Corinthians 4:6 ESV pic.twitter.com/sUw3XdmCpI