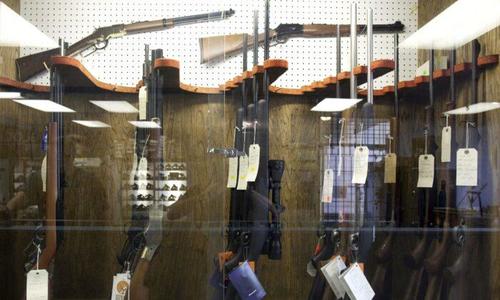 Hunting rifles on display in a glass case at a gun and rifle store in downtown Vancouver in a file photo. (The Canadian Press/Jonathan Hayward)

Her bill (pdf), called the “ Assault Weapons Ban of 2021 ,” is co-sponsored by 34 Senate Democrats and would ban ammunition magazines that hold more than 10 rounds —similar to the bans on magazines in New York state and California.

According to the legislation, which was also introduced in the House by Rep. David Cicilline (D-R.I.), the ban would encompass more than 205 rifles . Feinstein’s bill would allow current owners of the guns to retain possession of them. If that gun is transferred, a person has to undergo an FBI background check before getting the firearm.

The bill also bans any weapon that has the capacity to use a magazine that isn’t a fixed ammunition magazine and has one or more characteristics such as a pistol grip, forward grip, a threaded barrel, a folding or telescoping stock, or a barrel shroud.

The bill “requires that grandfathered assault weapons are stored using a secure gun storage or safety device like a trigger lock” and prohibits the transfer of high-capacity ammunition magazines while banning “bump-fire stocks and other devices that allow semi-automatic weapons to fire at fully automatic rates ,” according to a news release from Feinstein’s office. Bump-fire stocks were made illegal in March 2019.

“It’s been 17 years since the original Assault Weapons Ban expired, and the plague of gun violence continues to grow in this country. To be clear, this bill saves lives. When it was in place from 1994-2004, gun massacres declined by 37 percent compared with the decade before. After the ban expired, the number of massacres rose by 183 percent,” Feinstein said in a statement Thursday.

There are more than 20 million modern sporting rifles owned by private citizens, according to the National Shooting Sports Foundation, as reported by pro-Second Amendment website Bearingarms.com.

Republicans and gun-rights groups have said proposals from Feinstein, who has long advocated for gun control, are unconstitutional and won’t prevent firearms from getting in the hands of criminals.

“Law-abiding Americans use them for every type of lawful purpose, including personal and home defense, hunting, marksmanship competitions, and recreational target practice,” stated the National Rifle Association (NRA) when Feinstein attempted to introduce the bill in 2019. “Needless to say, however, the modern criminal element will not be playing by the antiquated rules that Feinstein hopes to apply to the rest of us,” the group asserted.

On Thursday, the House passed two Democratic-backed gun control measures, including one would that would expand background checks to those purchasing weapons over the internet, at gun shows, and through certain private transactions. Only eight Republicans joined the Democrats in backing the bill.

The second bill, passed 219-210 with only two Republicans supporting it, would give authorities 10 business days for federal background checks to be completed before a gun sale can be licensed. 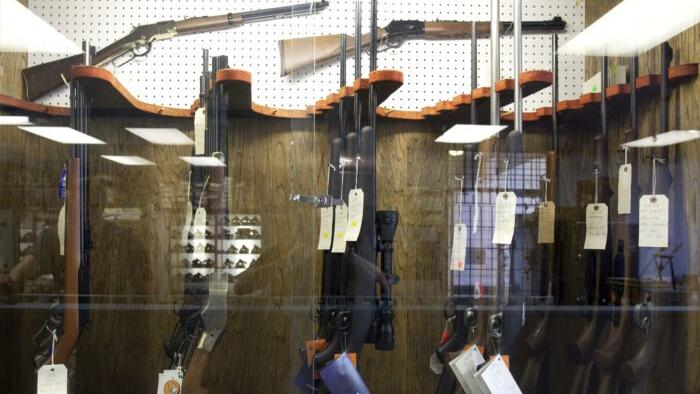 "The bill also bans any weapon that has the capacity to use a magazine that isn’t a fixed ammunition magazine and has one or more characteristics..."

But remember, they are not coming for “your” guns, they never are, until, of course, when there are no guns to ban left 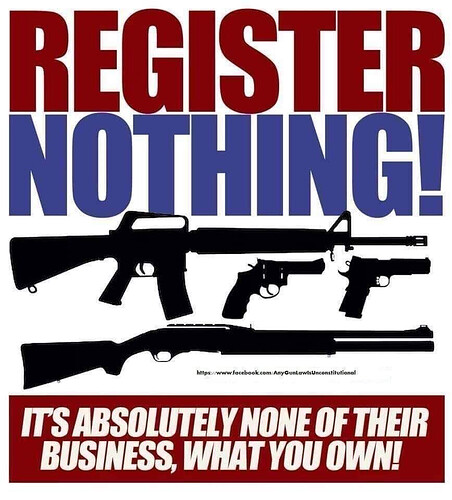