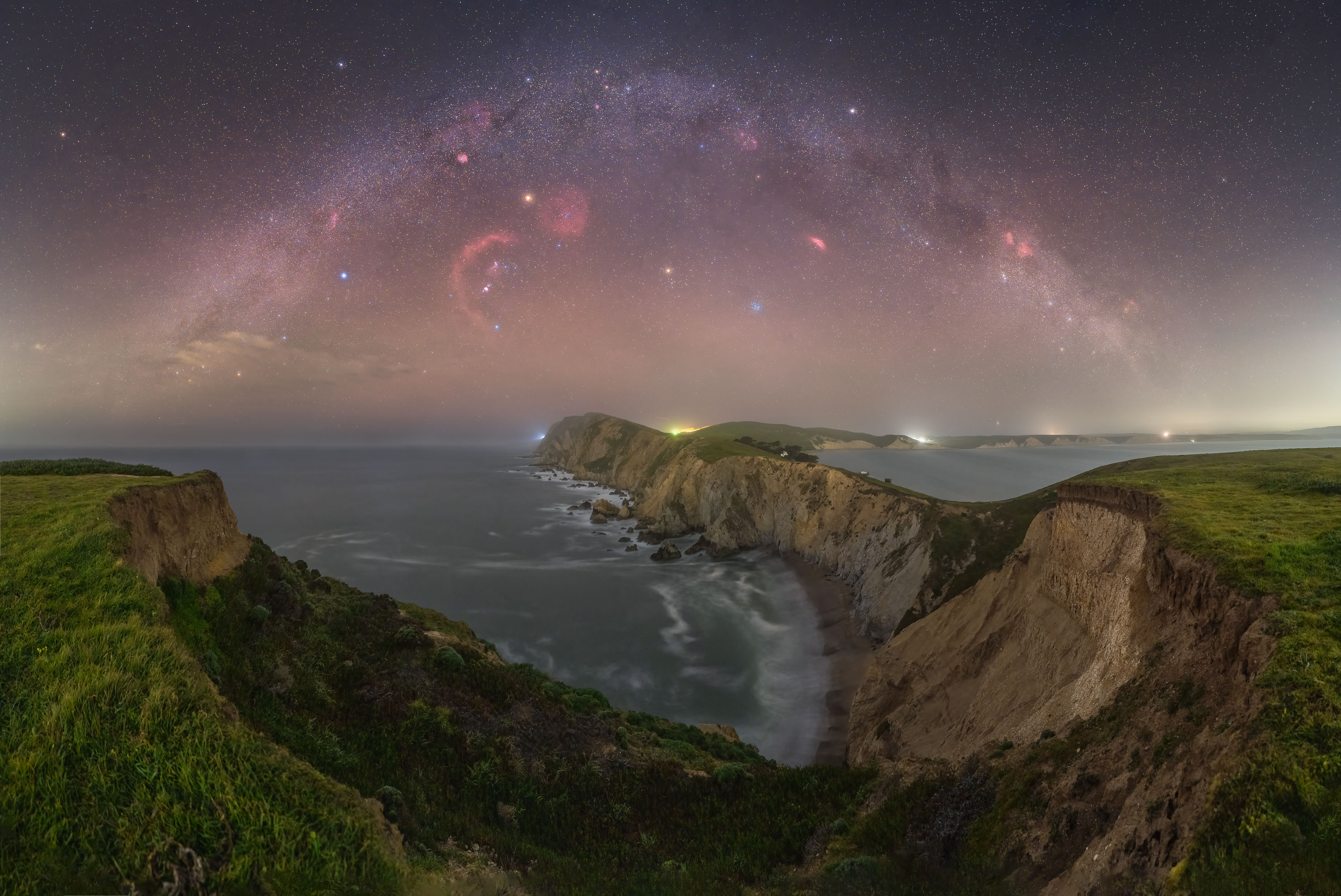 Explanation: Northern winter constellations and a long arc of the Milky Way are setting in this night skyscape looking toward the Pacific Ocean from Point Reyes on planet Earth’s California coast. Sirius, alpha star of Canis Major, is prominent below the starry arc toward the left. Orion’s yellowish Betelgeuse, Aldebaran in Taurus, and the blue tinted Pleiades star cluster also find themselves between Milky Way and northwestern horizon near the center of the scene. The nebulae visible in the series of exposures used to construct this panoramic view were captured in early March, but are just too faint to be seen with the unaided eye. On that northern night their expansive glow includes the reddish semi-circle of Barnard’s Loop in Orion and NGC 1499 above and right of the Pleiades, also known as the California Nebula.

I got a new phone and tested night pics. Orion’s belt 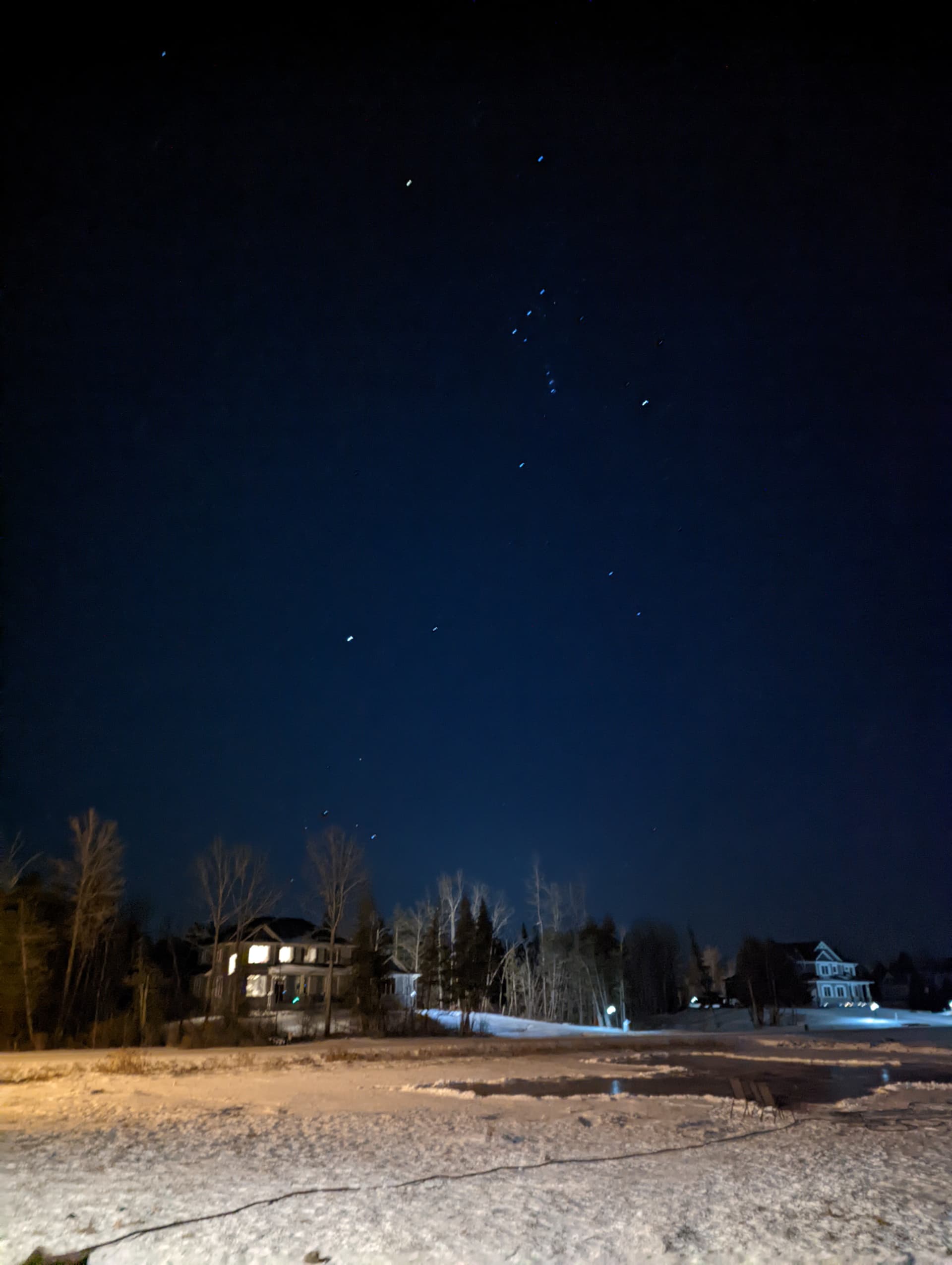 Which phone did you get? Great photo! 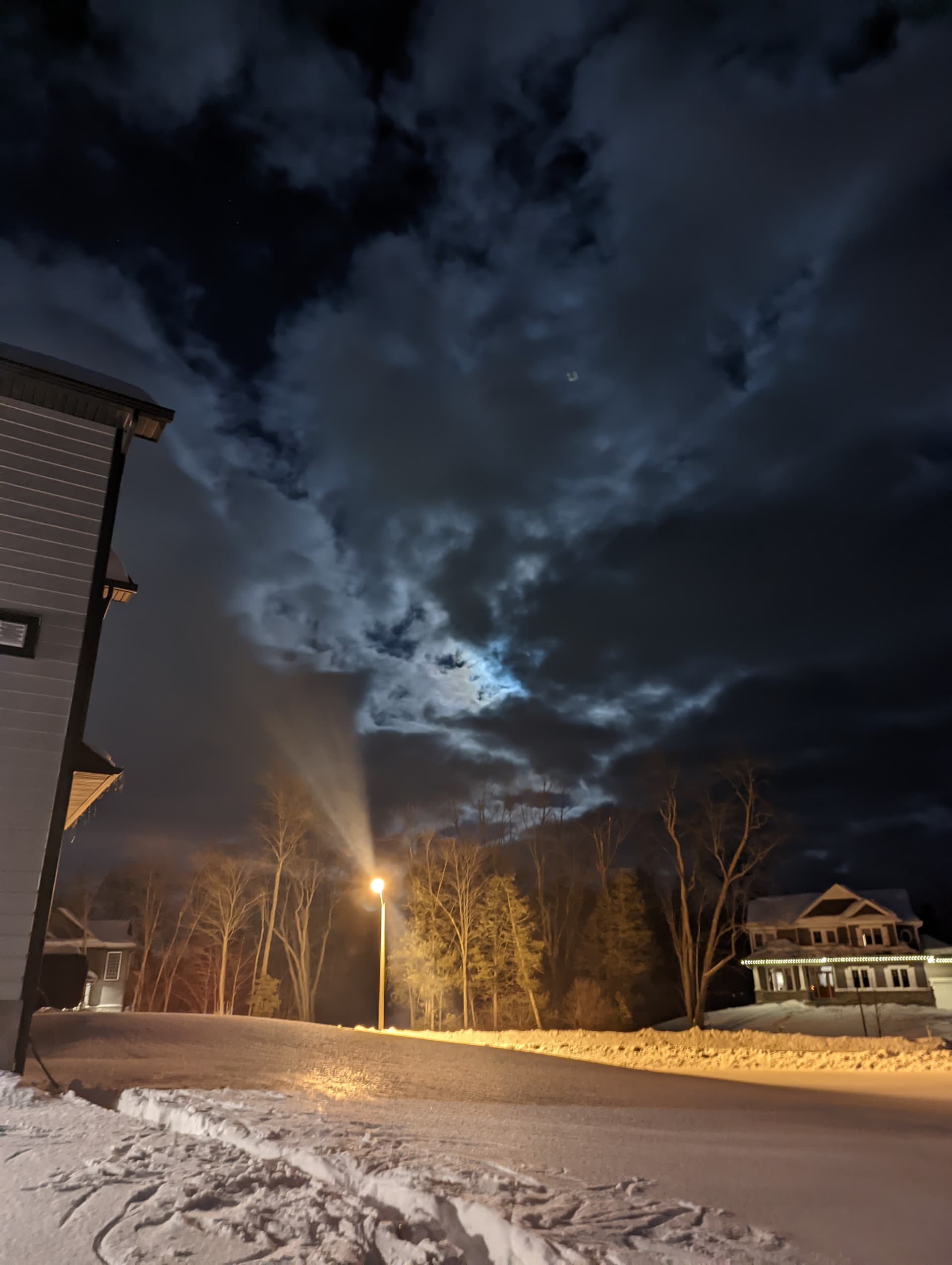 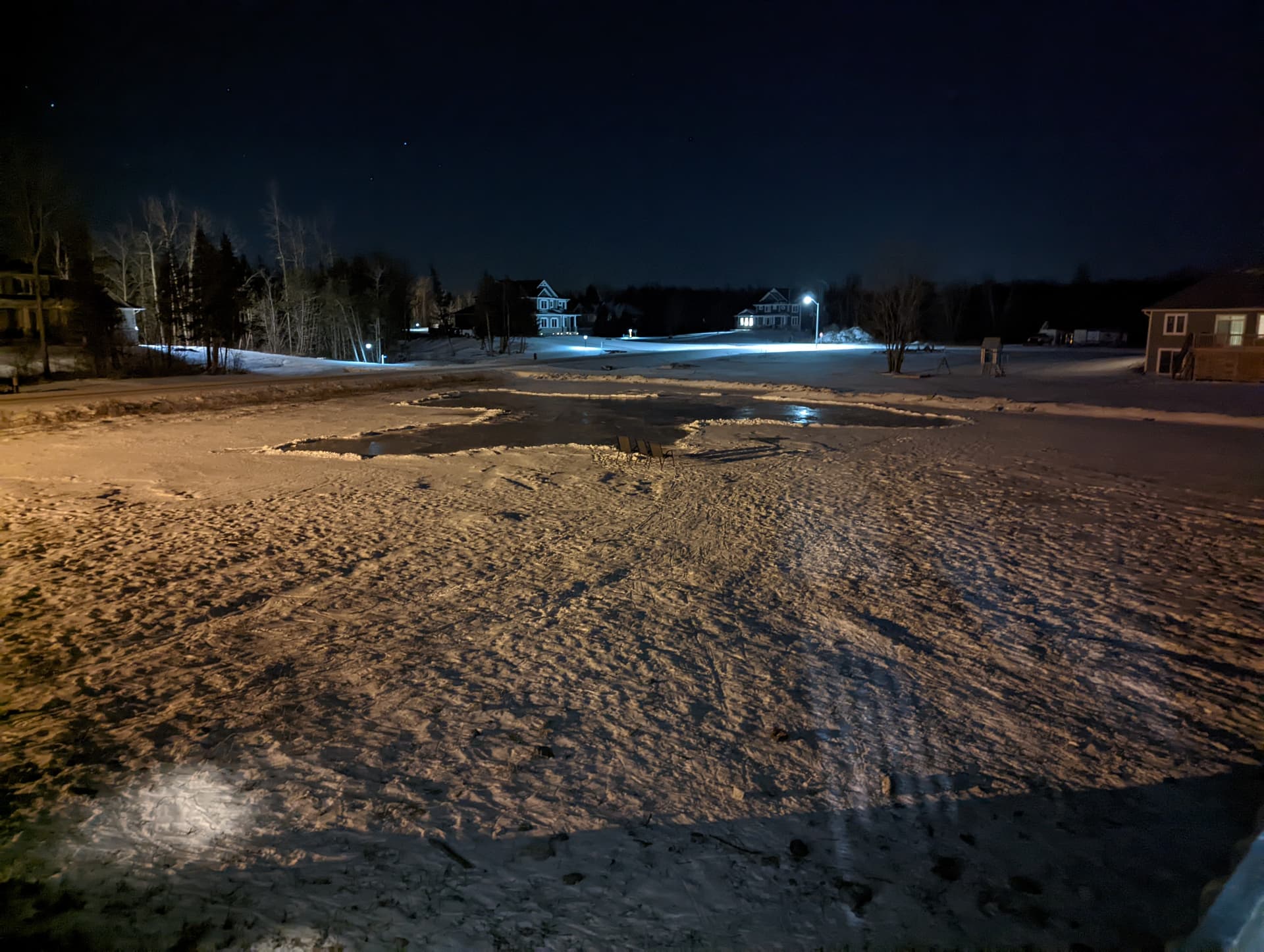 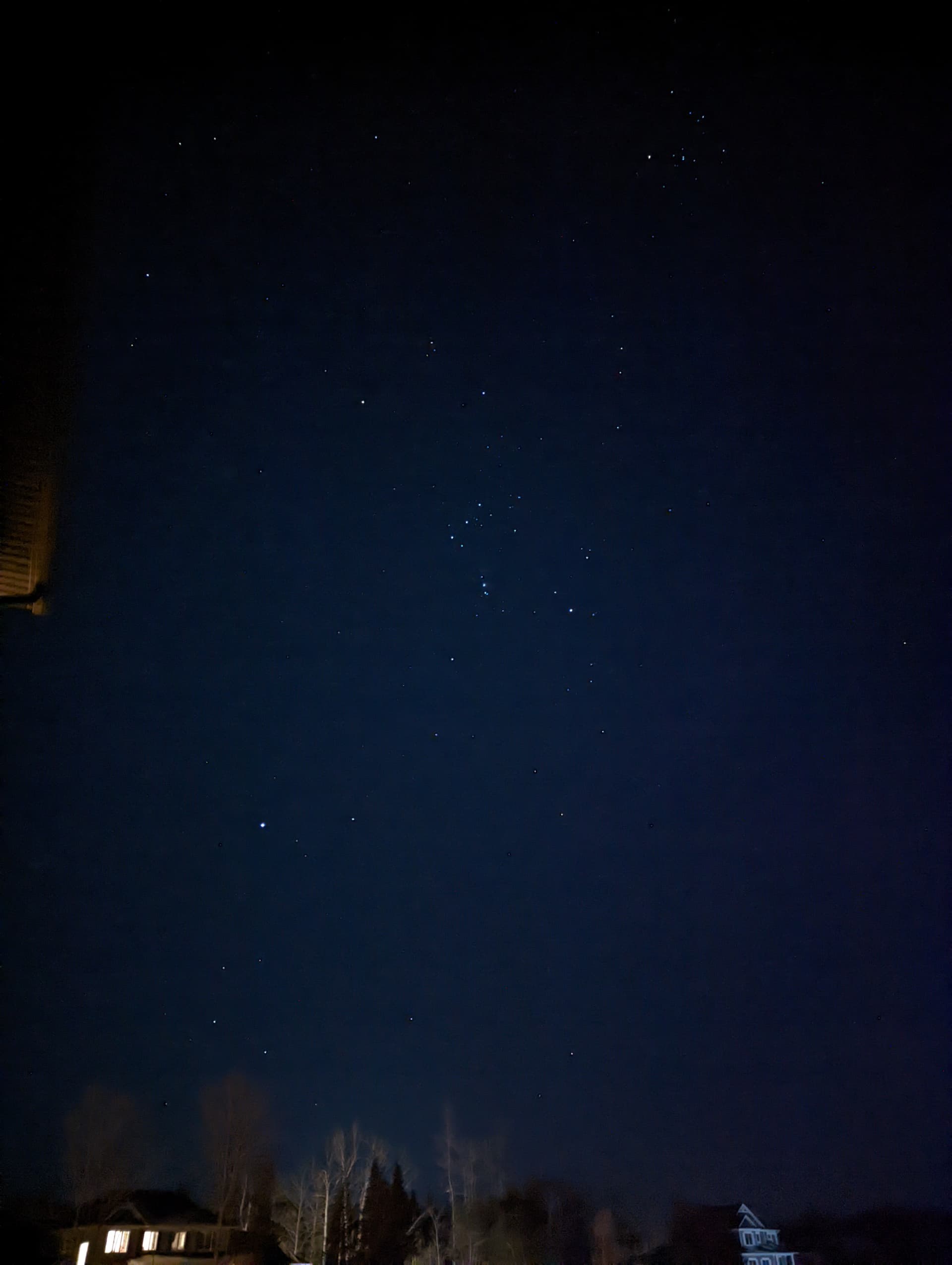 Last one is more stars than the I can see 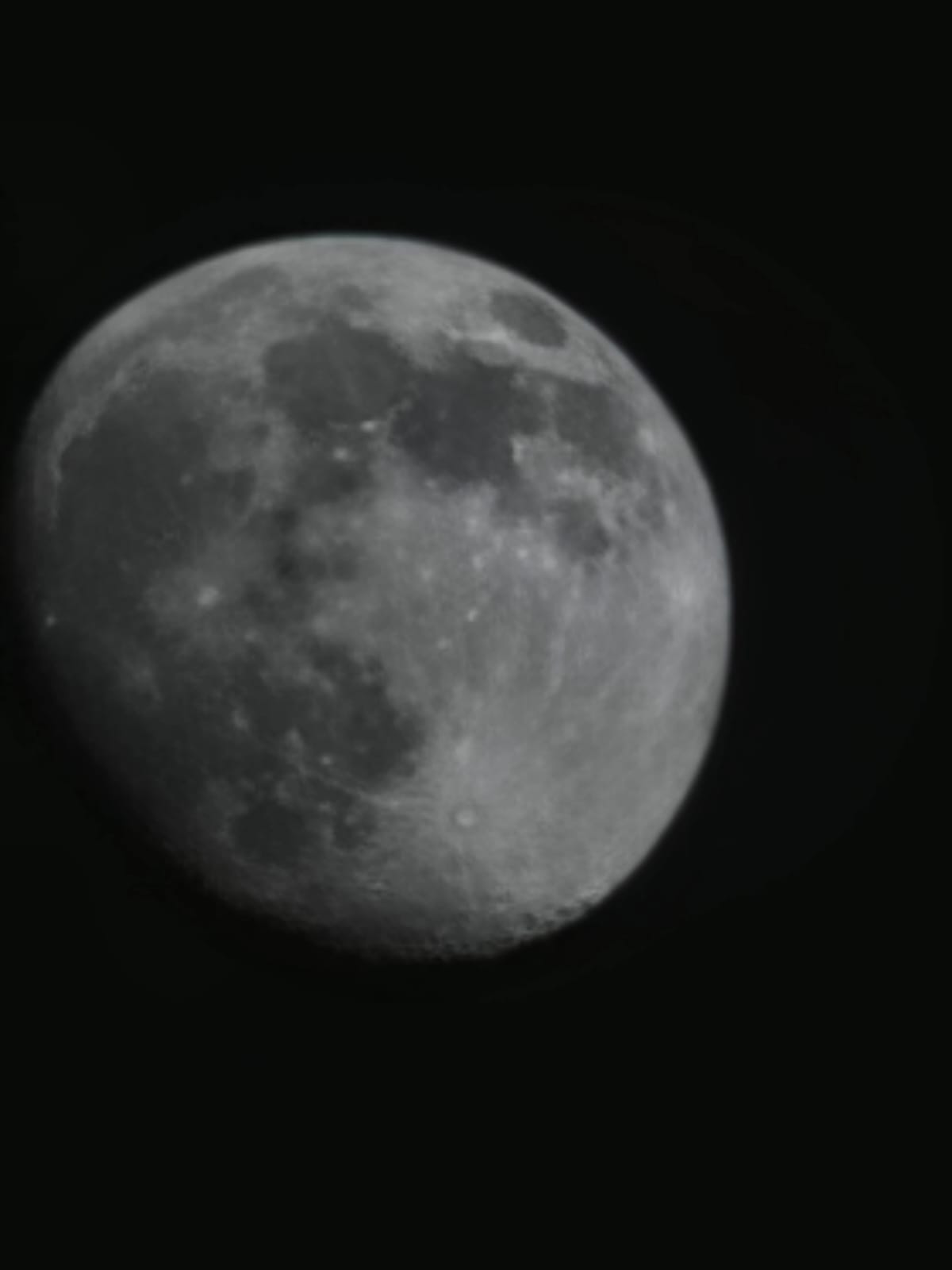 It’s really quite something seeing them up close. Seeing things like Jupiter or Saturn’s rings, or just the moon in orbit.

I’m waiting on a Barlow 5x, moon filter and a camera mount, plus a larger tube which I’ve permanently borrowed off a mate, star gazing shenanigans ain’t cheap and there’s so much to learn but the results are pretty epic.