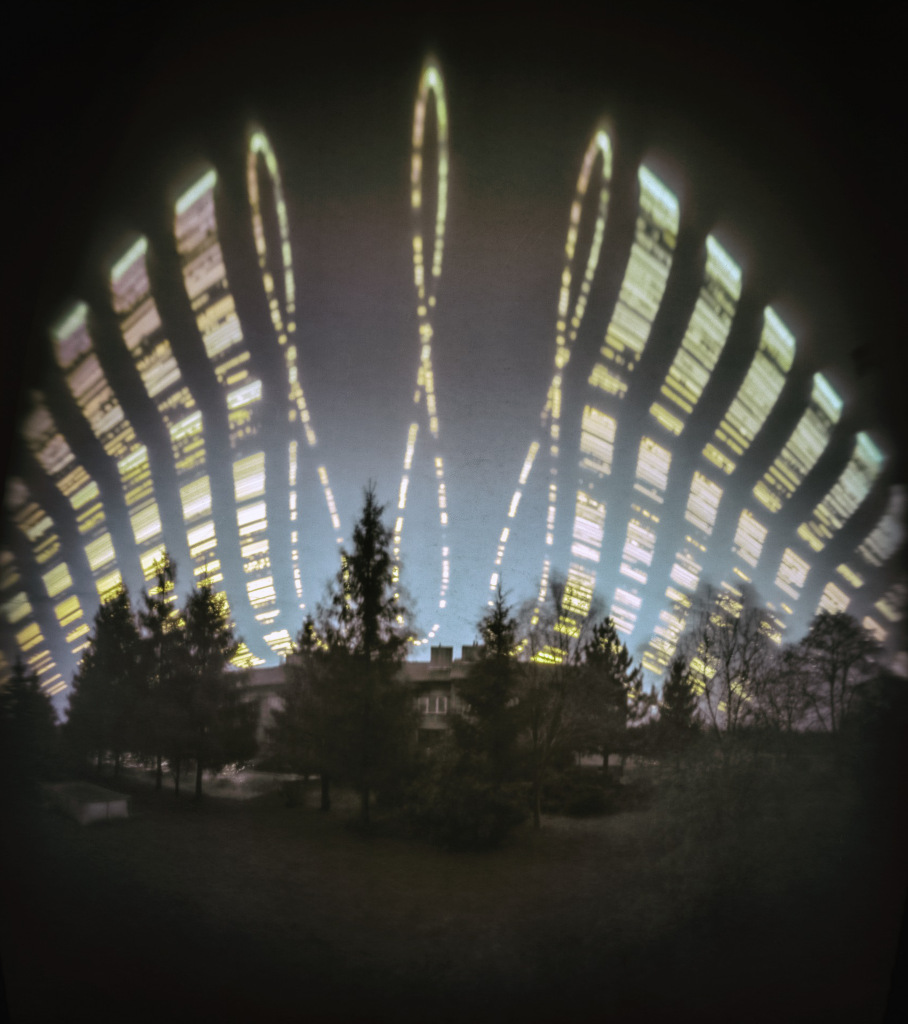 Explanation: For the northern hemisphere June 21 was the summer solstice, the Sun reaching its northernmost declination for the year. That would put it at the top of each of these three figure-8 curves, or analemmas, as it passed through the daytime sky over the village of Proboszczow, Poland. No sequence of digital exposures was used to construct the remarkable image though. Using a pinhole camera fixed to face south during the period June 26, 2021 to June 26, 2022, the image was formed directly on a single sheet of photographic paper, a technique known as solargraphy. The three analemmas are the result of briefly exposing the photo paper through the pinhole each day at 11:00, 12:00, and 13:00 CET. Groups of dashed lines on the sides show partial tracks of the Sun from daily exposures made every 15 minutes. Over the year-long solargraphic photo opportunity clouds blocking the Sun during the pinhole exposures created the dark gaps.