During closing arguments in a defamation case, lawyers for the plaintiffs said Jones had used lies about the school shooting to drive traffic to Infowars and boost sales of various products it offered.

A jury has ordered conspiracy theorist Alex Jones to pay $965m in damages to families of those killed in the Sandy Hook school shooting.

After a gunman killed 20 children and six members of staff at Sandy Hook Elementary School in Connecticut in December 2012, Jones accused bereaved relatives of being actors who had faked the massacre.

Those giving tearful testimony in a state court included the families of five pupils and three teachers who were killed. An FBI agent who was among the first responders also took part in the legal action.

Some of them hugged after the verdict was delivered. Jones was not present, but video from the courtroom was played on a split screen during his show on his Infowars website.

Read more: Who is Alex Jones? 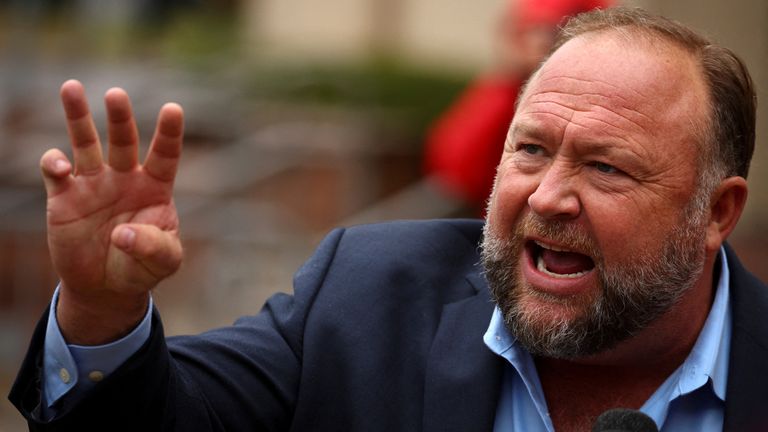 During closing arguments in the defamation case, lawyers for the plaintiffs said Jones had used lies about the shooting to drive traffic to Infowars and boost sales of various products it offered.

Jones described the case as a “kangaroo court,” mocked the judge, called the plaintiffs’ lawyer an ambulance chaser and said the case was an affront to free speech.

But lawyer Chris Mattei said the families had endured a decade-long campaign of harassment and death threats by Jones’s followers.

“Every single one of these families (was) drowning in grief, and Alex Jones put his foot right on top of them,” he told jurors.

The daughter of Sandy Hook principal Dawn Hochsprung, who was among the victims, testified that people had sent rape threats to her house.

Bereaved father Mark Barden said conspiracy theorists had urinated on the grave of his 7-year-old son, Daniel, and threatened to dig up the coffin. 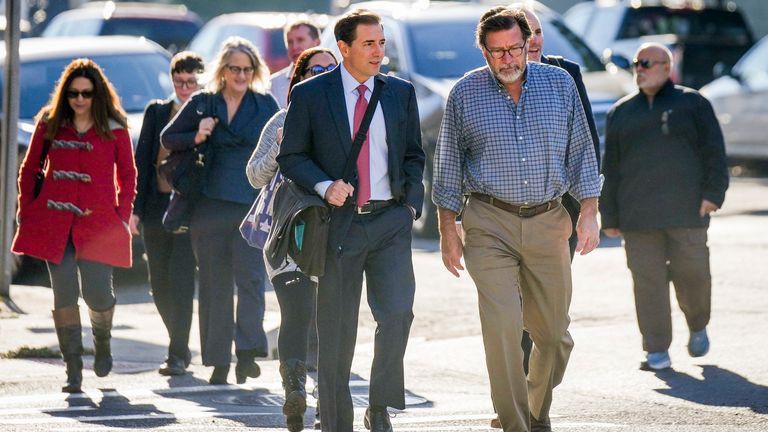 Image:Bill Sherlach, front right, whose wife Mary was killed, and other plaintiffs and their lawyers arriving at court on Wednesday

Jones’s lawyer, Norman Pattis, claimed during his closing argument that the plaintiffs had shown little evidence of quantifiable losses.

“This is not a case about politics,” Mr Pattis said. “It’s about how much to compensate the plaintiffs.”

Jones has now acknowledged that the shooting did take place.

But he railed against “liberal” critics during the trial and refused to apologise to the families.

In a similar case in August, another jury found that Jones and his company must pay $49.3 million to Sandy Hook parents. That case was held in Austin, Texas, where Infowars is based.

Jones also faces a third trial, again in Texas, around the turn of the year.

It is unclear how much he can afford to pay. During the trial in August, he said he could not afford a judgment that exceeded $2m.

However, an economist who testified in Austin said Jones and his company were worth as much as $270m. 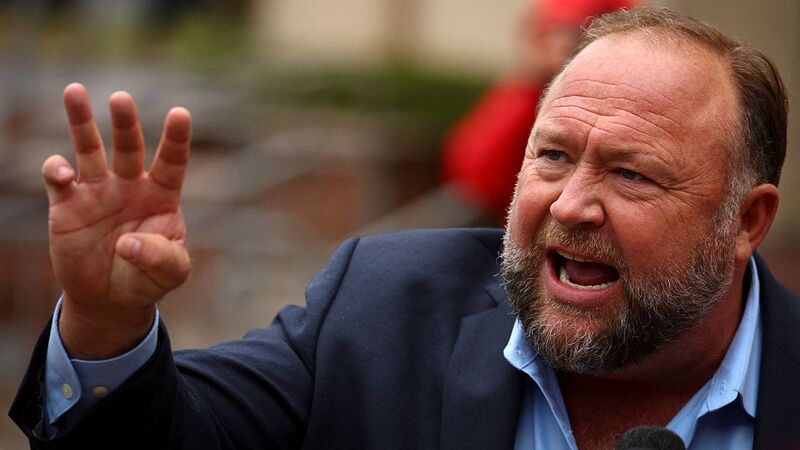 During closing arguments in a defamation case, lawyers for the plaintiffs said Jones had used lies about the school shooting to drive traffic to Infowars and boost sales of various products it offered.

I mean, he’s full of shit and went way too deep into nutjob land, and should have lost, but that payout is ridiculous

“Defamation isn’t protected speech. The message sent is that lying about the parents of murdered children has legal consequences, including compensatory and punitive damages. It’s basic American law.”
https://twitter.com/DavidAFrench/status/1580326089205108737

My feeling is that it’s a vastly over-proportioned message to those who think they can get so big that they can say anything that’s fashionable, first most, in the name of getting rich.

also keep in mind the litigious nature of the US, and the desire to go after anyone with money. Not defending this asshole, but had he been poor, this lawsuit wouldnt have happened.

Sandy Hook was so badly dealt with by all the services, no wonder conspiracy theories flourished. Some really weird shit went down that week.

had he been poor, this lawsuit wouldnt have happened

That’s what I meant though, if you become someone who’s got a voice that people will listen to, then it wouldn’t have happened because nobody really would have been affected on such a scale. It would have been another person on social media doing it. If you’re the lead voice spreading the bullshit, you’re going to be a target. In my view it’s someone taking free speech and running with it until that person crashes or gets so far into it they can’t turn back.

Oh and his company is valued at $270M; perhaps that’s why they took it so high, so it couldn’t just be raised and fixed out of some sort of email / viral campaign.

The parents were paid $281k each after the shootings, every one wrote (on record) to the district attorney and asked for more in lieu of the amount of donations received by the county, this has been on the burner for a long time searching for a fortune to plunder. Jones wasn’t even the instigator just reporting on what was being said at the time. 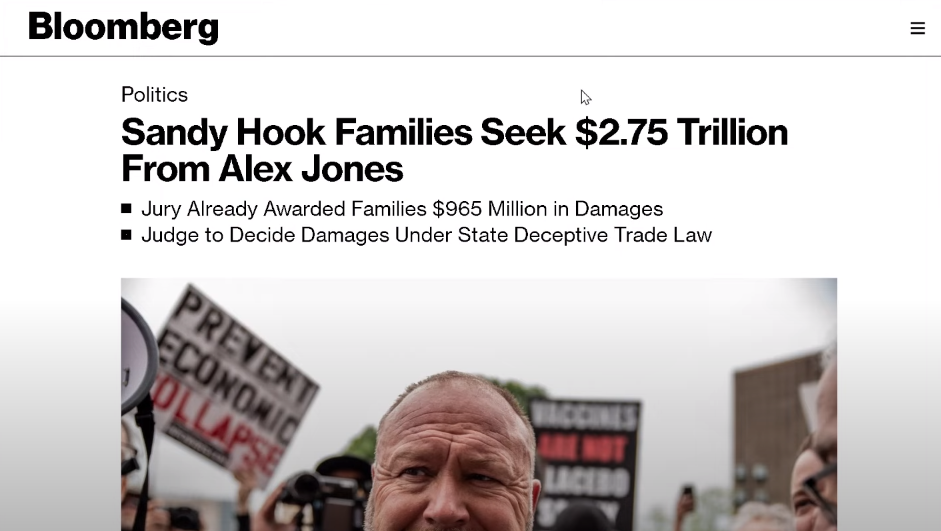 If you’re not requesting a billion quadrillion, what’s the point?