Alec Baldwin to be charged 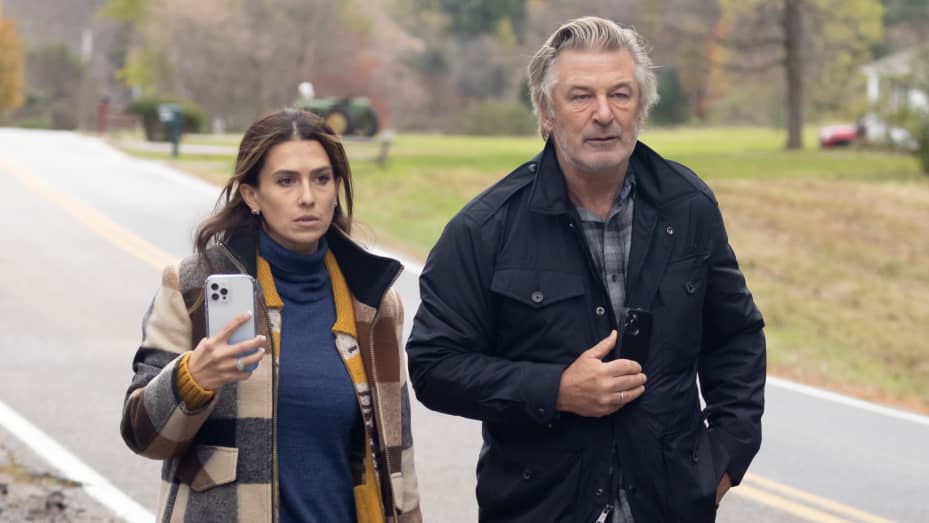 Hilaria Baldwin and Alec Baldwin speak for the first time regarding the accidental shooting that killed cinematographer Halyna Hutchins, and wounded director Joel Souza on the set of the film &quot;Rust&quot;, on October 30, 2021 in Manchester, Vermont.929×523 36.3 KB

Hilaria Baldwin and Alec Baldwin speak for the first time regarding the accidental shooting that killed cinematographer Halyna Hutchins, and wounded director Joel Souza on the set of the film “Rust”, on October 30, 2021 in Manchester, Vermont.

Alec Baldwin will be criminally charged by New Mexico prosecutors for the 2021 fatal shooting of cinematographer Halyna Hutchins on the set of the film “Rust,” authorities said Thursday.

Baldwin, the Emmy-winning star of “30 Rock” and dozens of films including “The Hunt for Red October,” shot the bullet that killed Hutchins. Baldwin said he “didn’t pull the trigger” in an ABC interview. An FBI forensic report obtained by ABC News uncovered that despite Baldwin’s denial, the gun could not have gone off without the pull of a trigger.

The second charge is involuntary manslaughter in the commission of a lawful act, a more severe charge which requires proof that there was more than simple negligence involved in a death, prosecutors said. This charge includes a firearm enhancement, which adds a mandatory penalty of five years in jail.

Baldwin and Gutierrez-Reed will be charged under a standard called “charged in the alternative.” If the case ends up going to trial, a jury will determine which of the two charges they’re guilty of.

“Rust” assistant director David Halls signed a plea deal for the charge of negligent use of a deadly weapon, resulting in a suspended sentence and six months of probation.

“If any one of these three people — Alec Baldwin, Hannah Gutierrez-Reed or David Halls — had done their job, Halyna Hutchins would be alive today. It’s that simple,” Andrea Reeb, the special prosecutor on the case, said in a statement Thursday. “The evidence clearly shows a pattern of criminal disregard for safety on the ‘Rust’ film set.”

The prosecutors’ decision is “a terrible miscarriage of justice,” said Luke Nikas, Baldwin’s attorney. “Mr. Baldwin had no reason to believe there was a live bullet in the gun – or anywhere on the movie set. He relied on the professionals with whom he worked, who assured him the gun did not have live rounds. We will fight these charges, and we will win.”

Gutierrez-Reed’s attorneys called it a “very flawed investigation” in a statement Thursday.

“Hannah is, and has always been, very emotional and sad about this tragic accident. But she did not commit involuntary manslaughter,” they said.

Through lawyers, relatives of Hutchins thanked authorities for pursuing the charges.

“It is a comfort to the family that, in New Mexico, no one is above the law,” attorney Brian Panish said. “We support the charges, will fully cooperate with this prosecution, and fervently hope the justice system works to protect the public and hold accountable those who break the law.”

According to documents obtained by the New York Post in September, the DA’s office had been waiting to review evidence from an FBI investigation since October 2021 after the accidental shooting took place. Once the office received the evidence, the DA announced that she intended to pursue charges and filed for $635,500 in emergency funding to hire a specialized team, including a new prosecutor, investigator, and spokesperson, to handle the case. The DA received about half of the requested funds.

Hutchins was shot and killed on Oct. 21, 2021, during a scene where Baldwin used a gun that was filled with live bullet rounds instead of dummies, which is against Hollywood film standards. Joel Souza, the movie’s director, was injured by the bullet but later recovered.

Hall, the movie’s assistant director, admitted less than a week after the shooting that he had not properly checked the gun for safety before handing it to the film’s armorer, Gutierrez Reed, who would pass it along to Baldwin for the scene.

Hutchins’ death amplified a wave of rallying cries for safer filming protocols on movie sets. Her family ultimately sued Baldwin and the film producers in February 2022 for wrongful death. The lawsuit was settled in October and the movie resumed filming with Matt Hutchins, the widower of Halyna, serving as an executive producer. 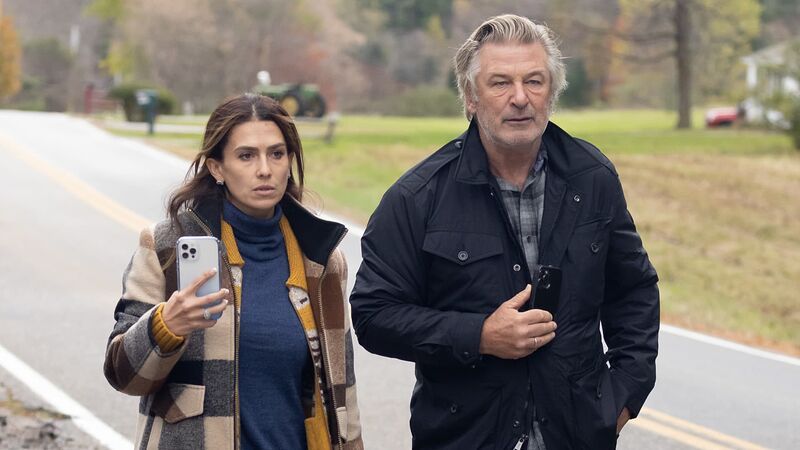 Alec Baldwin to be charged with involuntary manslaughter in 'Rust' movie set...

Alec Baldwin will be criminally charged in the fatal on-set shooting of "Rust" cinematographer Halyna Hutchins.