“He did sermons with the head of his opponents on a pike.”

London Mayor Sadiq Khan defended the impending placement of a statue of John Chilembwe, an anti-colonial activist who ordered the decapitation of William Livingstone in front of his children and then displayed his head on a pike, saying it served to “reflect London’s achievements and diversity.”

Chilembwe was a Baptist pastor and educator who became a militant resistance fighter who railed against the treatment of Africans working in agriculture on European-owned plantations in Malawi in the early 1900’s.

Chilembwe led a violent revolt against the Bruce estates, which culminated in William Jervis Livingstone and other European colonizers being decapitated on his orders.

In 1915, Livingstone was beheaded in front of his own children and Chilembwe subsequently displayed his impaled head on a spike during a church service.

In recognition of his struggle, a bronze statue of Chilembwe is being installed in London’s historic Trafalgar Square, which one website describes as “an act of resilience and revival for an aware British society that is experiencing how centuries of slavery perpetuated by Europeans has hindered African society.”

“The Chilembwe statue will help bystanders and British citizens reflect on some of the historical grievances that took place so that the social betterment of a western country doesn’t harm another community or race of people,” reports Travel Noire.

When challenged on his decision to green light the statue, even as a ‘woke’ statue commission works to remove sculptures of historical European figures, London Mayor Sadiq Kahn said the statue “reflect(s) London’s achievements and diversity.”

Shaun Bailey (who is black) told Khan, “this is a man who sanctioned the murder of people… he did sermons with the head of his opponents on a pike.” 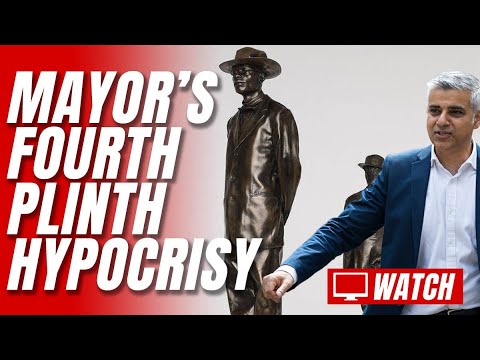