2020 was another good year for polar bears 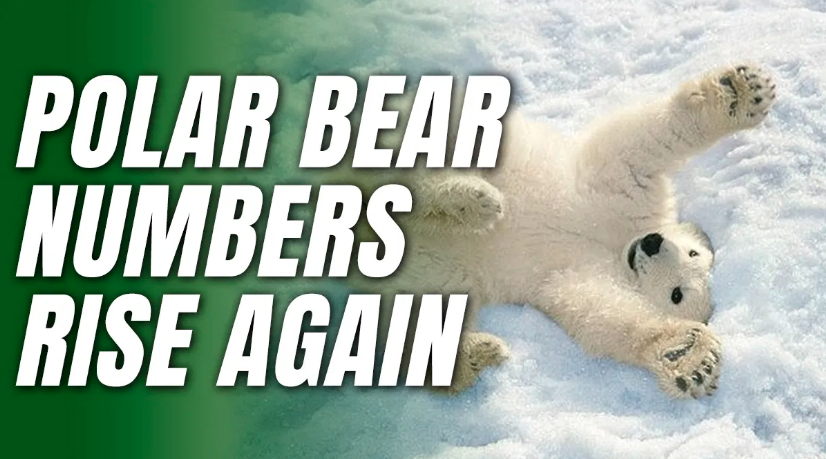 Ahead of International Polar Bear Day tomorrow, the Global Warming Policy Foundation (GWPF) has published its annual report on polar bear numbers over the last twelve months. The report comes bearing good news, as it finds that Gaia’s favourite cuddly carnivorous super-predators have enjoyed yet another year of population growth:

“M’Clintock Channel numbers more than doubled, from 284 in 2000 to 716 in 2016, due to reduced hunting and improved habitat quality. Gulf of Boothia numbers were found to be stable, with an estimate of 1525 bears in 2017; body condition improved between study periods and thus showed ‘good potential for growth’. At present, the official IUCN Red List global population estimate, completed in 2015, is 22,000–31,000 (average about 26,000) but surveys conducted since then, including those made public in 2020, would raise that average to almost 30,000. There has been no sustained statistically significant decline in any subpopulation.”

Whilst the polar bears will no doubt celebrate their good news this weekend, Gaia notes that it once again leaves a few experts with some explaining to do. Over and over, the media pushes a fiction that polar bear populations are in serious decline, and every year they’re proven wrong. Certainly a paw reflection of the state of our media. Gaia also hopes Facebook will be quick to rectify its dodgy fact-checker, perhaps that’s asking too much…

2020 Was Another Good Year for Polar Bears

Ahead of International Polar Bear Day tomorrow, the Global Warming Policy Foundation (GWPF) has published its annual report on polar bear numbers over the

Good for the polar bears, gosh darn it!

Glad their numbers are rising!

They really are adorable godless killing machines, aren’t they!